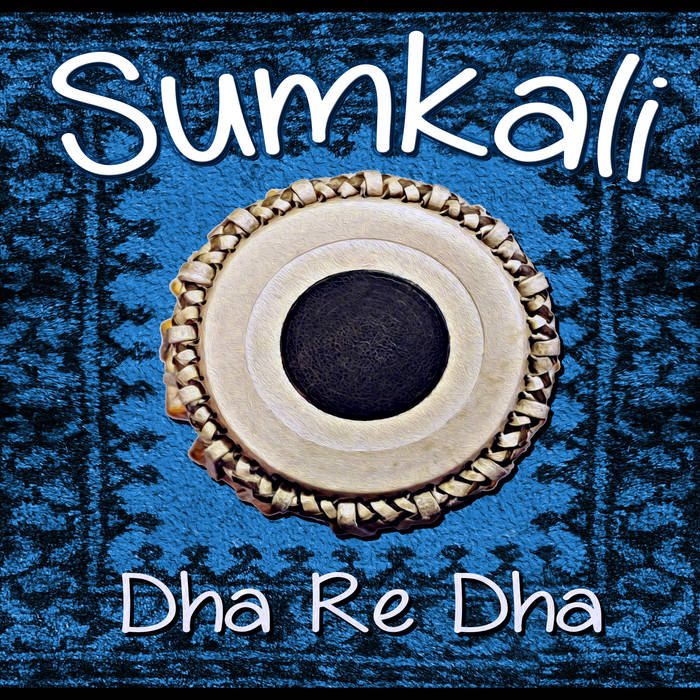 Dha Re Dha is Sumkali's 4th album and their most ambitious project to date. 15 musicians contributed to this album including the world-renowned tabla master Pandit Samar Saha as well as GRAMMY Award winning harmonica player Peter Madcat Ruth.

This album represents a culmination of 3 years of work in the studio and is truly a collaborative effort amongst all the members. The songs on this album fall into 3 main categories: 1). arrangements of traditional Indian folk melodies, 2) Improvised studio sessions with minimal editing, and 3) Fully composed 'hyper-realistic' original studio creations that were built from the ground up in the studio track by track.

The term 'hyper-realistic' refers to the process used to create the arrangements, melodies and sounds, in which we used every digital tool available to us to cut, splice, arrange, tune, align, re-record, layer and add effects to the sounds until they felt just right. The end result sounds like we are all in a room playing together, however the process to get that sound could not have been further from that reality.

To learn more about the process, be sure to check out the Dha Re Dha companion iBook available on our website and in the Merch section of this site.

About the title: Dha Re Dha has two meanings, one is rhythmic and one melodic. The rhythmic side comes from the sounds of the tabla. Every sound the tabla makes has a specific word that corresponds to it, these are called 'bols'. 'Dha' is one of the most prominent sounds that the drum makes, utilizing both the right and left hand playing the highest and lowest note together. 'Re' is one of the smallest and softest sounds made by a light touch of the right hand.
On the melodic side, 'Dha' and 'Re' are part of what is called the 'sargam', which is the collection of notes that make up the raaga. Compared to the western solfege scale (Do Re Mi Fa So La Ti Do), the equivalent in Indian sargam is Sa Re Ga Ma Pa Dha Ni Sa. So 'Dha' and 'Re' are the 6th and 2nd scale degrees respectively.
In the title track, the raaga used to compose the melodies is known as Raag Bhairav, which utilizes all 7 notes of the sargam with just two notes flatted....'Dha' and 'Re'. This is what creates the unique and intense sound.

This album is the culmination of 3 years of work, with many hundreds of hours of tracking, overdubbing, mixing, editing and more. We could not have done it without the support of our loved ones, our friends and family. Thank you all for your support! A special thank you to Jody, Charley, and Rosemary Churchville for welcoming us in to your home for many long days, and tip-toeing around the house when we hit record! Thank you to Mark Jay at www.immersifi.com for all the ‘sound’ advice and use of the microphones. Thank you to our electronics guru Robert Lajeunesse for resurrecting the ARP Keyboard and helping with our various buzzes and hums. Also a big thank you to John Diephouse for taking all the amazing pictures over the years...you make us look good!!

Indian Music Made in America! Based out of Ann Arbor, MI. Sumkali has been blending the sounds of the Indian subcontinent with jazz, funk, and rock with a singular goal of making great music.

Bandcamp Daily  your guide to the world of Bandcamp